With over a thousand islands and a territory that stretches from the south Aegean Sea to the middle of the Balkan peninsula, Greece is one of the most popular travel destinations in the world. The sun-drenched European country is equally as known for its serene sandy beaches as its astoundingly rich ancient history which has had a huge influence on so many aspects of today’s western society. With such a diverse range of Greek destinations on offer, all tastes are catered for – from history fans to serious clubbers. It’s virtually an impossible task to choose the most beautiful places in Greece but here are ten places that have left a life-long impression on me: 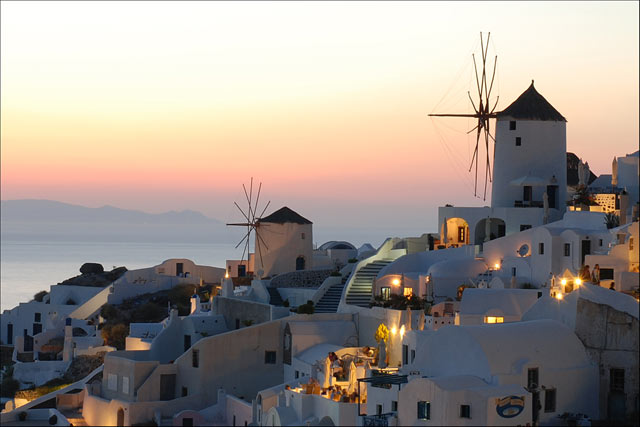 This is without a doubt one of the most beautiful and romantic islands in the world. Spectacular sunsets, traditional whitewashed houses and the breathtaking sights of the ocean is what makes this this island so special. Head to Oia for the iconic village of pastel-washed houses hugging the cliff-face. The majority of shops selling postcards in Greece will have photographs from Santorini and once you visit you’ll realize why. 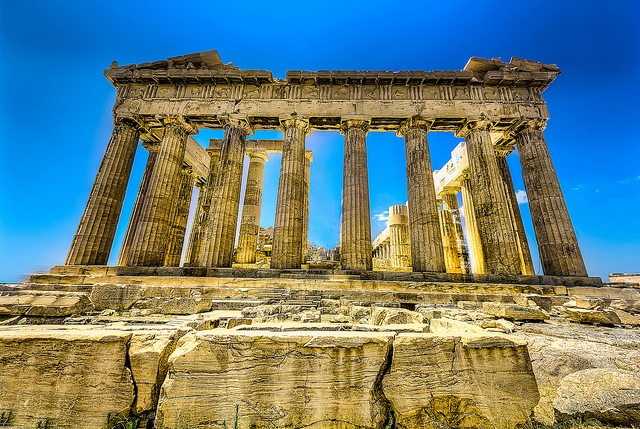 There are many breath-taking historical sites in Greece but this is considered to be the most important surviving building of Classical Greece. It’s ruins of an ancient at temple on the Athenian Acropolis dedicated to the maiden goddess Athena and built for a couple of decades starting 447BC. 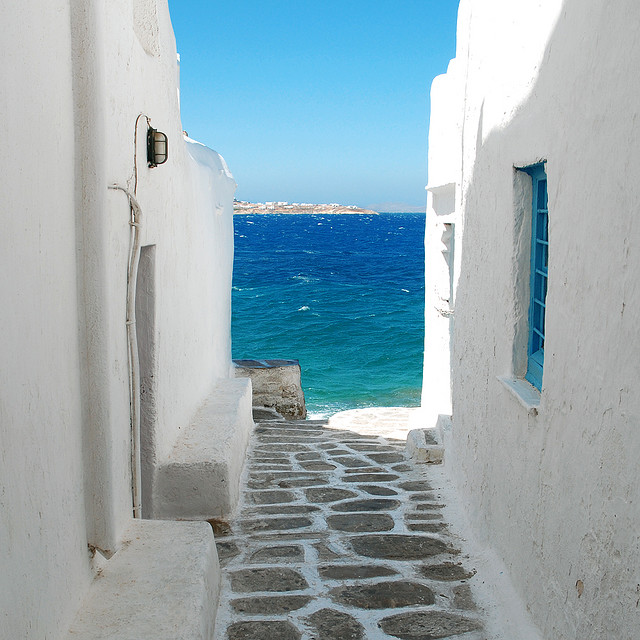 This island stands out as one of the most beautiful in the Aegean region. Although Mykonos is a popular party island there is still plenty of natural and traditional beauty on offer. Mykonos has a collection of unique Cycladic architecture set around a picturesque fishing-village bay. The square whitewashed buildings sit closely together forming a maze of narrow alley ways and streets and are highly photogenic. The island’s beautiful beaches also make perfect backdrop to watch the sun set. 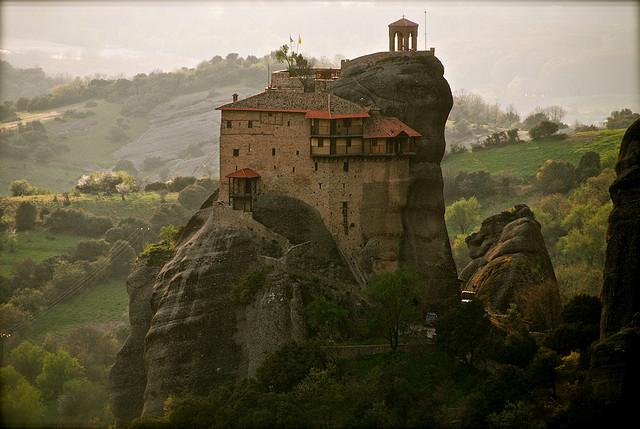 This is a monastery founded in the 14th century and now has UNESCO World Heritage site status. The complex of six monasteries are built precariously perched atop 1,300 feet high sandstone pinnacles, at the northwestern edge of the Plain of Thessaly  in central Greece. The occupants of the buildings located atop vertically steep rocks definitely had a rough time climbing down, but so was their climb up. It is an awesome apparition that has the ability to leave you speechless. 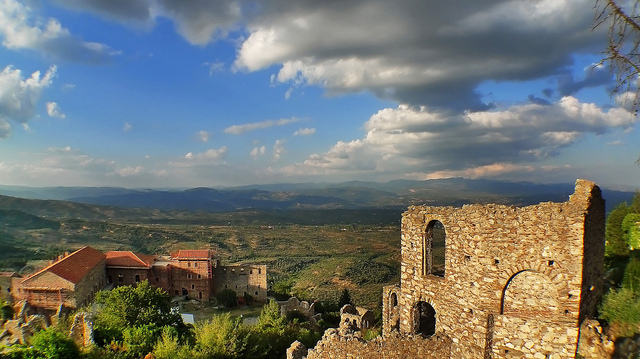 Mystras is a mountainous village close to Sparti, Laconia which are classed as a World Heritage Monument by UNESCO. It is famous for its archaeological site as Mystras used to be a very important medieval town in the Byzantine Era. The archaeological site consists of well-preserved Byzantine churches and a strong Fortress and have impressed even the most discerning of visitors.